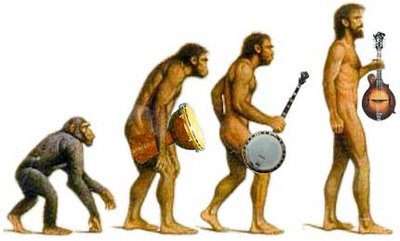 Humans are an inherently musical species. Besides whales and dolphins, humans are possibly the only mammal species that make music. In fact, we have been creating music longer than we have been farming or even painting.

Human history and music seem to go hand in hand, yet scientists still grapple with the question of why we make – and love – music. While no single answer has been found, here are the most recent theories behind our age-long desire for song…and a load of reasons for keeping your hearing loss in check. 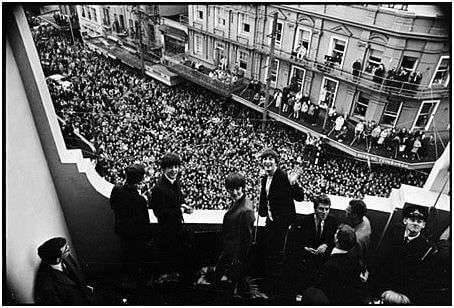 The Social Bonds of Music

Music has long served the dual purpose of entertainment and communication. While people listen to music to have a good time and dance, commonly sung songs forge social bonds.

For example, the tunes that are blasted during a baseball game help rally the crowd and home team together. In a similar way, national anthems drum up a sense of patriotism within a country’s citizens. Music has wound its way into many of our social practices, on a national, local, and personal level.

Studies show that our minds process music the same way as spoken language, according to Professor Krumhansl of Cornell University. Some African and Asian dialects directly incorporate music into their speech, as meanings change according to the tone and melody with which they are spoken.

In short, our brains understand music as a way of communicating and connecting with other people, much like talking. As Aristotle said, man is by nature a social animal–perhaps music lies at the very basis of that sociability. 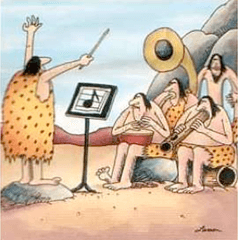 Over the past hundreds of thousands of years, humans could have developed music as a tool to perpetuate the species. Scientists are exploring music’s potential role in natural selection, particularly when it comes to finding romantic partners.

Charles Darwin himself surmised that, much like the mating calls of birds, we humans have developed our own mating melodies. Consider the many musicians who are also legendary lotharios, such as Jimi Hendrix and Mick Jagger. Some scientists believe that they wooed with song, just as a peacock attracts partners with its tail. The evolutionary argument runs deep, as music predated the hunter-gatherers, possibly dating back as far as 250,000 years.

In addition to helping us choose mates, researchers believe that music contributes to social cohesion and group effort–both necessary to our survival as a species. Singing songs together could have helped our ancestors accomplish a difficult task, such as building communal living quarters. Music may also provide a form of perceptual and motor skill development, helping children improve their hearing and speaking skills.

We use music to express, experience, and emphasize our emotions. If you want to try an experiment at home, watch a poignant movie scene with the background music muted, then watch it again with the music playing.

Chances are you felt significantly more emotion while the music was playing. As far as feelings go, music might be just as internalized and natural to us as facial expressions.

Music even affects how we respond to visual images, making sad scenes look more melancholic and happy scenes appear particularly joyous. Consider any musical score, and how the songs evoke emotions during the film, often as powerful as the visual image itself.

In some evolutionary arguments for the purpose of music, theorists believe that music allows for communication from one generation to another. In other words, music is a means of transmitting a collective memory.

While folk and traditional music was particularly popular for societies without written language, the modern man still sees music as a form of living history. From the brass bands of the Roaring Twenties and the Barber Shop quartets of the 1950s to the psychedelic sixties, music continues to be a means of connecting to the past.

Personal memories can often carry a tune as well. You may remember the song playing during your first slow dance or tunes you would listen to during road trips.

When you hear these songs years later, they can bring you right back to that moment in time. Music forges some of your memory and becomes a part of who you are. As part of our collective and individual memories, music helps us understand our histories and our identities as human beings.

Needless to say, take good care of your dear ears and make sure to monitor your hearing loss – Audicus Hearing Aids can help you with that.