It’s time for another edition of Audicus’ current events roundup! This fall has brought some interesting scientific discoveries and fascinating developments toward preserving hearing and even curing hearing loss. We take an in-depth look below.

We all know that everyone has a unique fingerprint, even identical twins. Fingerprinting has long been used as a means of security and identification, but we could be seeing the emergence of using eyeprints, earprints, and even tongueprints to identify people! Biometrics experts at the University of Southampton have confirmed that the shape of a person’s outer ear—including all the bumps and ridges—are so unique to each person that they provide the same accuracy as fingerprints (99.6%) when identifying someone. Ear shape is almost entirely unaffected by the aging process, meaning your ‘earprint’ changes only minutely during your life. And although fingerprints can be altered relatively easily, it is much more difficult to change the shape of an ear, making it an effective tool for identification.

In the last week, over thirty New Jersey firefighters have banded together to sue fire truck and siren manufacturers. The reason? The group alleges that the trucks and sirens causes irreversible hearing loss. The case was recently filed in federal court, and names five fire truck manufacturers and one siren company. The firefighters argue that they have suffered permanent hearing loss that has decreased their quality of life due to the extreme noise caused by trucks and sirens. The lawsuit also alleges that the manufacturers did not properly test or develop trucks that could block out excessive noise, and also did not install any modifications that would permit safe sound levels. This lawsuit is just one of many thousands of claims filed by firefighters in the last two decades who are suffering from hearing loss. While it’s up to individuals to protect their own hearing, this may be a workplace hazard that could be avoided in the future. 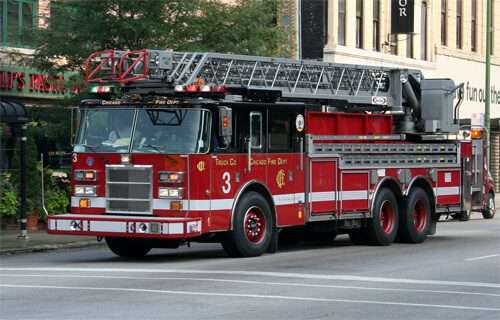 Hair cells inside the ear are an essential part to the hearing process: the stereocilia (bundles of hair-like projections on top of hair cells) are able to catch the energy from sound waves and turn them into electrical signals that is passed to the brain. Stereocilia are damaged by excessive noise, which causes them to move too quickly and aggressively. Damaged stereocilia cause permanent hearing loss. Recently, scientists at Case Western Reserve School of Medicine learned that the proteins inside the hair cells which house stereocilia show evidence of a repair and renewal mechanism. This discovery could lay the groundwork for one day being able to manipulate these proteins in a way that could reverse hearing loss.

Previously, scientists had believed that the hair cell proteins were static, and did not change or move at all. The recent discovery after studying the hair cells of zebrafish, however, proved that these proteins actually move incredibly rapidly and suggests that this constant protein movement and replacement may be a repairing function. The proteins do not appear to repair stereocilia, as of yet, but researchers are confident that this discovery could hold the key to lessen or completely reverse hearing loss in the future.