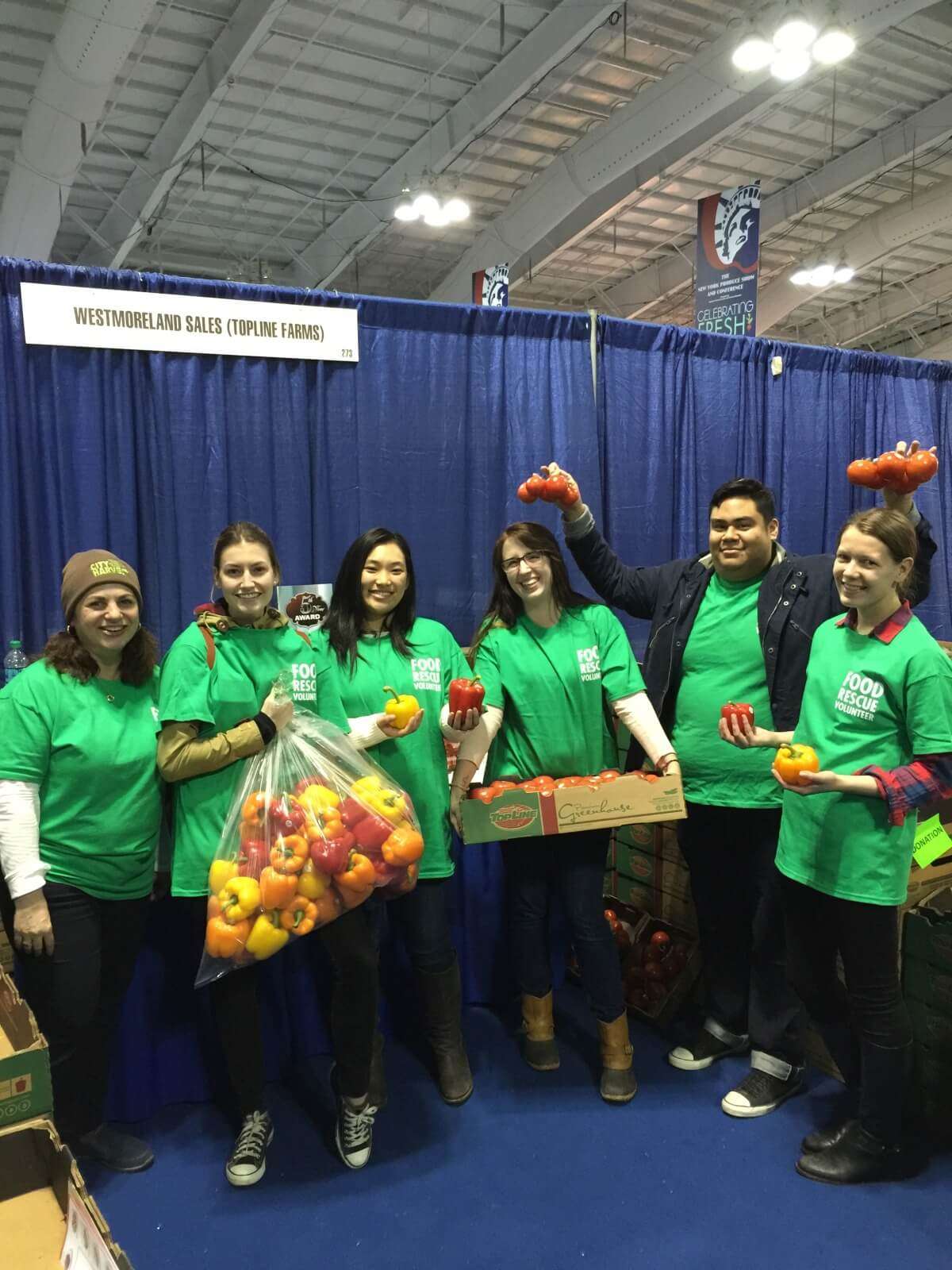 Here at Audicus, we believe that the Holiday Season isn’t just about giving gifts to your dear ones, but also about giving back to your community.

Last week we worked alongside New York City nonprofit City Harvest to help collect food donations from vendors at the New York Produce Show. All of the food donations were then distributed among soup kitchens and food shelters throughout the city’s five boroughs.

As part of the New York Produce Show Rescue Project,  we got on our hands and knees to bag up leftover produce from the show. More than 400 farmers and food vendors, who came to showcase their produce, were given the option of donating leftover fruits, vegetables and even packaged goods to those in need. We, alongside the staff of City Harvest, worked to bag, box, and load these fruits and vegetables into trucks to be distributed.

Hunger in the US

The USDA estimates that 49.1 million Americans are food insecure, meaning they don’t have access to foods in a socially acceptable way. This doesn’t mean that they are homeless; according to FeedingAmerica.org only five  percent of those served daily meals are homeless.

City Harvest cites that “1.7 million New Yorkers live in poverty, struggling to afford basic necessities such as rent and medical care while trying to put food on their tables. As more people are affected by the recession and high unemployment in New York City, the need for emergency food has increased dramatically.”

On average, each year City Harvest delivers 50 million pounds of food to programs and people who are in need.  We at Audicus will continue to work with City Harvest to help bring food to residents of New York.

If you are living in New York and would like to get involved with City Harvest, you can visit their website at www.cityharvest.org to find out more about their volunteer programs. Be sure to look out for Audicus at the next event!