Do you experience tinnitus on a regular basis? Is the ringing in your ears causing you distress?

If you answered yes to either, you’re in the right place. We’ve got you covered.

In this article, we discuss new ways to control your tinnitus and protect your hearing.

Plus, learn how hearing aids help!

To understand tinnitus treatment, we begin with tinnitus itself. You’re probably familiar with the term if you’re reading this article.

Still, just in case, we’ll define the term quickly below.

Tinnitus is a condition that causes ringing or buzzing sounds in the ears. It affects about 50 million Americans.

How Can I Reduce Symptoms of Tinnitus?

Although there is no official cure for tinnitus, some resources help prevent tinnitus. Other tools reduce the intensity of tinnitus episodes.

Tools for managing tinnitus symptoms can go a long way.

Below, we go over the four of the most common ways people address tinnitus at home.

The first tool we discuss is coffee.

Coffee is popular as it’s one of the most accessible ways to reduce tinnitus symptoms.

A new study conducted in Brigham and Women’s Hospital in Boston, Massachusetts demonstrated the benefits of coffee. Individuals who drank coffee reported improvement in symptoms.

How’s that for an at-home tinnitus remedy? Not too bad, right?

The preventative effects of coffee apply to women of different ages. Of the women in the study, all reported benefits regardless of age differences (the subjects were women aged 30 to 44).

Therapeutic gel strongly decreases the intensity of tinnitus. It’s most effective when used in combination with hearing aids.

So, how does it work?

For starters, medicinal gels contain a drug to prevent nerve damage. This is important to note, as nerve damage is common for certain forms of tinnitus.

So, where does the gel go?

You probably guessed it. The gel is administered by injection through the eardrum.

It’s not uncommon to experience tinnitus for less than a few hours at a time. Still, some people experience worse symptoms than others. About 1 in 100 individuals experience chronic, long-term tinnitus.

Those suffering from prolonged symptoms of tinnitus are good candidates for the gel. If you’re considering using this treatment option, you’ll want to discuss it with your doctor first. This is because a prescription is required to access the gel. Your doctor should be able to write you a script if you’re a good fit.

While more studies are needed, early clinical trials of the gel have been very promising. 40% of patients report the intensity of their tinnitus decreasing by half. 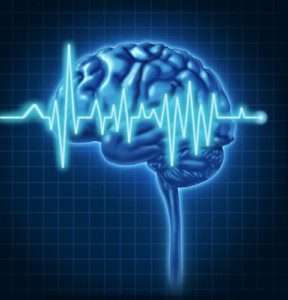 2) Retraining Therapy for Ringing in Your Ears

Specific therapies include the use of narrowband noise, mixed band noise, and broadband noise.

The therapy habituates a person to the ringing sound associated with tinnitus. Their brain is trained to respond to the sounds differently. It reduces the irritability so common to the condition.

Lastly, have you heard of a tinnitus matchbox? Not many have.

A tinnitus “matchbox”, also known as a neuromodulator, is equipped with a set of high-pitched beeps. The matchbox reduces the severity of episodes of tinnitus a person experiences, in addition to hearing loss.

Treatment with the matchbox down-regulates the active nerves normally associated with tinnitus. The down-regulation provides relief.

So, what will you use to treat your tinnitus?

Alleviating symptoms can go a long way when it comes to mental health. People with tinnitus are more likely to experience anxiety, depression, and low self-esteem.

Using different methods to protect your hearing can be a great way to maintain both your hearing health and mental health.