In a time where plastic surgery is common and looks mean everything, it’s no wonder that many of those who need hearing aids do not get them because of aesthetics alone. Out of the close to 48 million people who have issues hearing, only one in seven actually uses a hearing aid.

Women and the Stigma Attached to Wearing Hearing Aids

Women tend to think they will look older if they wear one, while men believe an aid would show their weaknesses. That’s not to mention younger folks who require hearing aids and are too afraid of the negative connotation associated with their peers to get the proper help. The stigma attached to wearing a hearing aid prevents many from going out and getting a pair. 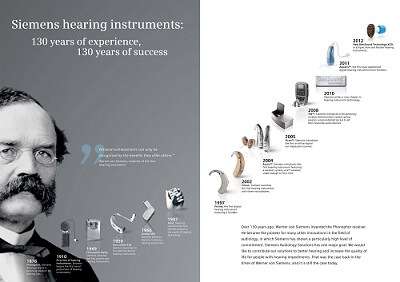 The Evolution of the Hearing Aid : Better Technology and Changing Perceptions

However, the style and types of hearing aids have evolved over time. When they were once clunky and seen from a distance, their size has gradually decreased over time, sometimes making it difficult to know if someone is even wearing one.

Up until the latter part of the 19th century, hearing aids were simply devices held up to the ear similarly to a megaphone. It was not until 1938 that Aurex Corporation created a wearable earpiece.

A battery pack would attach to the wearer’s leg which is then connected via a long wire to a small earpiece. Along with World War II came a one-piece hearing device, and by 1950, hearing glasses were created.

By putting the electronic portion of the hearing aid into the nose piece of glasses, Otarion Electronics is credited with the first earpiece centrally located entirely by the ear.

The glasses fad faded a decade later and was replaced by a small ear clip with a 12-volt battery. The 1990s brought better technology and with it programmable hearing devices. In today’s market, the size of the ear clip is even smaller and filters noise better.

Despite the decrease in size, positive advertising is still necessary to entice individuals to purchase their own pair. Victorian Hearing, a hearing aid company based in Australia, learned this the hard way.

After posting an advertisement comparing hearing aids to a prawn, they were charged with deaf shaming in the public light. Though the company clearly was not looking to intentionally embarrass hearing aid users, their publicity scandal brought into light the stigma that still exists. 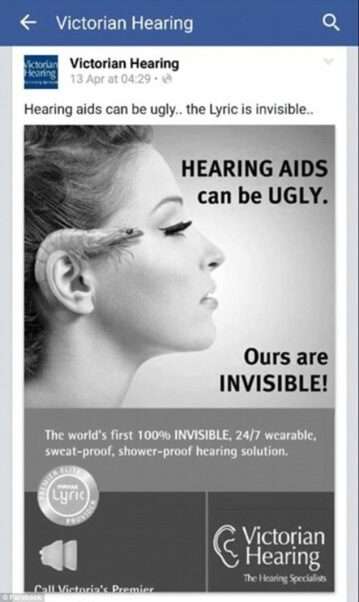 The importance of marketing hearing aids is even more evident by the fact that there are companies that specifically tackle this topic. Hearing Aid Marketing is a company aimed at creating and distributing a hearing aid advertising campaign.

Other companies, like Hearing Aid Marketing Partners, utilize DVDs and pamphlets to get their messages across to the average consumer. While looks are very important, so is the information about the technology, the cost of the product, and its effectiveness. Oticon, a hearing aid company, did research and looked into the process must go through to get hearing aids.

After an individual becomes aware of their hearing issues, they do research into the issue, contact a doctor, learn about the best solution for them, and then finally move to the purchasing stage. Marketing comes most into play during information time. Be sure to do your research and check out Audicus’s premium products for an example of a great buy!