President of the United States is often said to be the most stressful job in the world, and with that responsibility comes a variety of health issues. From George Washington’s malaria and smallpox to John F. Kennedy’s notorious host of chronic problems, illness and maladies have always plagued the office of the President.

Hearing loss has affected many presidents, and several of our more recent leaders have worn hearing aids, including Richard Nixon, Gerald Ford, and Jimmy Carter. Keep reading to find out about the two presidents who wore hearing aids while in office, and a president spreading the gift of hearing around the world. 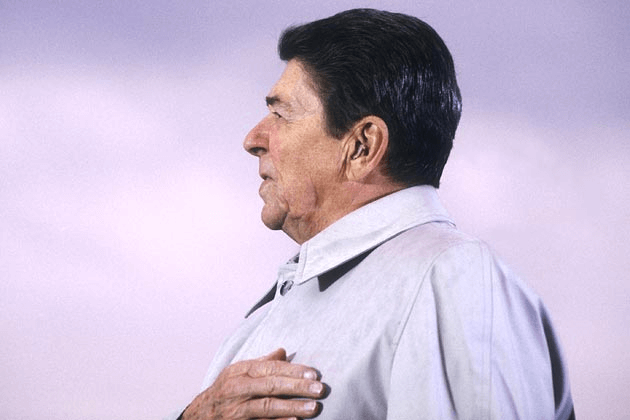 Reagan’s ear doctor reported that the President’s hearing loss began in the 1930s, during his acting days when a pistol was fired very close to his right ear.

Reagan’s decision to use a hearing aid was mainly propelled by the advances in technology in the 1980s, which made hearing aids much more powerful and much smaller than they had been in the past. Reagan’s public acknowledgment of his hearing aids was a landmark step for the hard of hearing community, as it showed a powerful world leader enjoying and encouraging the use of hearing aids.

Bill Clinton was another well-known hearing aid user, first fitted for hearing aids in 1997 during his second term. These first hearing aids were similar to the ones Reagan had chosen 14 years earlier—small, discrete, in-canal hearing aids that helped with hearing the high-frequency sound.

Clinton attributed his hours of band practice and exposure to loud music as part of the reason for his hearing loss, as well as his advancing age (he was 51 years old when he first started wearing hearing aids). The Los Angeles Times reported the news and suggested that the President’s need for hearing aids was “emblematic of the maturing” of the baby boomer generation, of which Clinton was a part.

While he doesn’t wear hearing aids himself, hearing loss is an important issue to President George W. Bush. In 2013, Bush joined the Starkey Hearing Foundation in Tanzania to provide custom hearing aids to over 200 hard-of-hearing residents of Tanzania. His daughter, Barbara Bush, participated in a similar mission in Uganda with the Global Health Corps.

From Ronald Reagan, who reduced the stigma of hearing loss and hearing aids, to Bill Clinton and George W. Bush, actively promoting the use of hearing aids in both America and the developing world, hearing loss has played an important role in the US presidency.

By: Elena McPhillips, Updated in 2021 by Kim Smith