Battle of the Self-Driving Car

The battle is raging between automotive and technology companies to produce the world’s first self-driving car, and it appears there may be a physical war happening between the cars themselves! On June 23 in Palo Alto, California, it seems that Google’s car had an incident with its counterpart, an Audi Q5 SUV, created by Delphi Automotive. When trying to change lanes, Google’s car, a Lexus RX400h crossover, cut off the Delphi car which in turn had to appropriately react. Thankfully the sensors in the latter car were able to pick up the location and movement of the other vehicle and complete a successful lane change without incident. Though both parties reported differing stories to the media, it is evident that self-driving cars are feasible within the not so distant future.

This could be a good thing for disabled drivers, and in particular for those with hearing loss. Noises of horns, sirens, and general traffic movement are a necessary part of the driving experience, which is why some states require a hearing test to be taken before someone can receive their learner’s permit. However, there are many ways to modify a car to overcome any disadvantages those who are hard of hearing experience when driving.

Adaptations for Driving with Hearing Loss

Lighted panels are available that pick up on external noises so the driver is aware of any sounds they may not hear. Others use more or larger mirrors to ensure they have a good idea of the location of surrounding cars. Since driving is mostly a visual activity though, hearing loss does not have a severe impact, aside from the attached negative social stigma of driving with hearing aids, on driving. The World Federation for the Deaf actually proved that deafness has no effect on an individual’s ability to drive.

Regardless, the introduction of self-driving cars means that more individuals with disabilities will once again have the ability to drive from place to place without fear of crashing. That is, once the automotive industry works out the kinks!

National Association of the Deaf’s Stance on Gay Marriage

As the Supreme Court ruled last week, gay marriage can no longer be banned in any of the United States. But the National Association of the Deaf (NAD) has been on board since 2012! Back in ancient Roman times, anyone born deaf was forbidden to marry, and many in the Eugenics movement fought back against the deaf reproducing. Clearly NAD is familiar with the uphill battle to overcome adversity in order to marry. 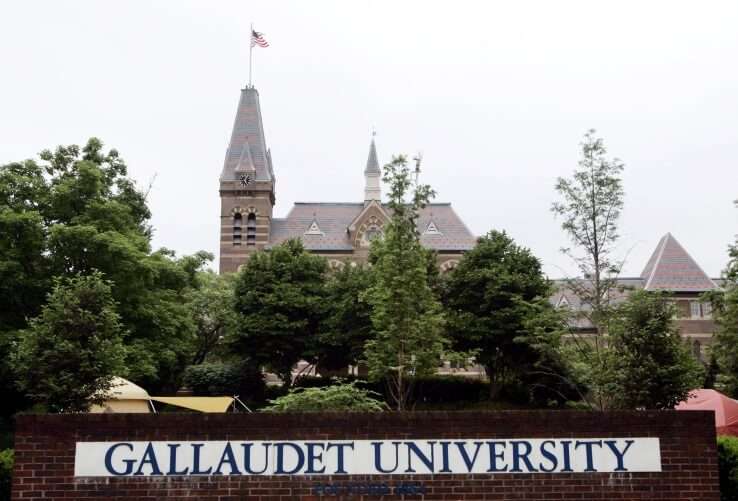 Gallaudet University, a university located in the hub of Washington D.C. serving deaf students, also has some involvement in the gay marriage movement. In October of 2012, Angela McCaskill, an administrator, was put on leave after signing a petition to allow the gay marriage vote on the Maryland ballot. The school was put under fire from the media, both those for and against gay marriage, for ignoring the woman’s First Amendment rights. Just three months later she was reinstated to a position slightly lower than her previous one. McCaskill then fought back with a discrimination and defamation lawsuit claiming that her reputation was tarnished by the assumption that she had anti-gay views. Clearly this is a hot-button topic in the deaf community!